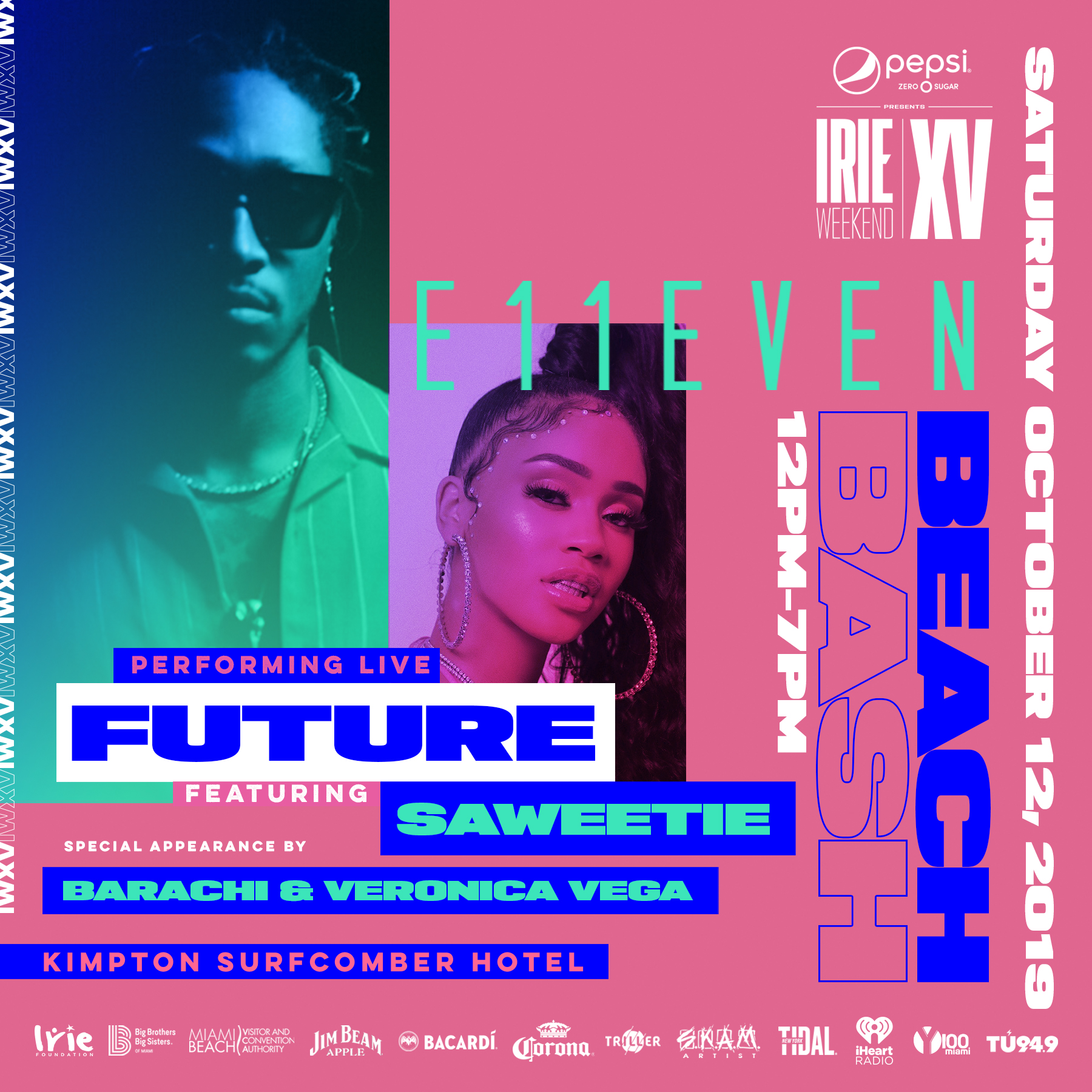 E11EVEN MIAMI makes a splash in South Beach with the debut of the E11EVEN Beach pop-up at the Kimpton Surfcomber poolside!

Team #NoSleep brings the heat with a LIVE concert performance by FUTURE featuring SAWEETIE, & a special appearance by Barachi & Veronica Vega! Whether you are enjoying the day in your own cabana or floating in the pool, you will not want to miss this one!

There will be tons of giveaways from adidas, Pepsi Zero Sugar, Tidal New York (flip flops), Jim Beam Apple, & Triller! Food and beverage selections will also be available for purchase.